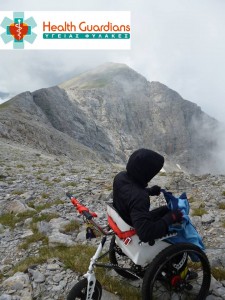 Ascent to the Mountain of the Gods at 2.911m (All Inclusive)

Olympus is the highest mountain in Greece known worldwide mainly for its mythological context, as its peak (Mytikas- 2,918 m.) was inhabited by the Twelve “Olympian” Gods according to the religion of ancient Greeks.